For many years now, we have been supporting lawyers and work together with them on a daily basis, as law and taxation are thoroughly interconnected and we do not offer conventional legal advice.

As Certified Tax Advisors and Chartered Accountants, we are bound to confidentiality and non-disclosure of client data and we also feel bound by loyalty and discretion towards our clients. However, we will be happy to provide you with information on our solutions available for lawyers. You can see some examples to the right.

Lawyers working in international law firms (e.g. a German lawyer is a partner in a US or UK-LLP or LLC) often face issues related to international taxation. Among other questions, there is the question – which country has the right to tax which income, income that is partially paid out in Germany, for practicing law (salary) and also for being a shareholder (dividends).

Which country has the right to tax which income?

Basically, anyone who has a domicile or a habitual place of residence in Germany is subject to unlimited income tax liability. This means that all income, irrespective of where it is coming from, must be declared in the German income tax return. Whether this income has been actually remitted or not, is not important (this is a deviation from e.g. the remittance principle in Great Britain). Cross verification is required to check whether the income is then subject to tax liability in Germany, or if it is only taken into account to calculate the personal income tax rate, or whether taxes paid abroad can be offset against German income tax. The other country and the type of income involved  are the decisive factors in such cases. When in doubt, it must be determined from a legal perspective whether a law firm is considered to be a partnership or a corporation according to the German law, which can be difficult to determine for LLCs or a LLPs.

In the past, it was possible to generate white income through qualification conflicts, that means income that was neither taxable in the country of domicile nor in the country of source. Germany has introduced numerous fiscal anti-abuse regulations in order to avoid this. Intensification by implementing the BEPS action plan adopted by OECD into the national law is imminent. We will be happy to give you advice on this.

Freelancing lawyers can save money!

If you are a freelancing lawyer or work in a partnership or joint practice of independent professionals, you can skip a lot of obligations that large law firms oblige due to the legal form of the corporation. This includes the following:

Normally, it is quite simple and not much work is required! On the other hand, things can sometimes get complicated and experts are required to avoid any nasty surprises in a future tax field audit.

Accounting: doing everything correctly right from the start is less expensive than corrections later on

If you or your untrained employees prepare the bookkeeping and accounting in the hope of cutting down on the costs of tax consulting, you need to know that the effort and cost to correct bookkeeping mistakes, is often greater than having the bookkeeping prepared by a tax advisor. Besides, incorrect advance VAT returns have to be corrected later and often lead to inquiries from the tax authorities. If this happens repeatedly, a tax field audit or VAT inspection can be initiated. If a tax auditor comes to the conclusion that the bookkeeping is not accurate, the complete bookkeeping can be rejected, which leads to the profits being estimated by the tax authorities.

Examples of our services for lawyers 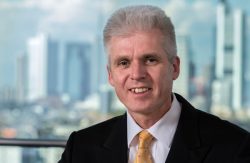