Foreign Income of Germans: Needs to be declared in Germany

A person who is domiciled or has a habitual residence in Germany is subject to unlimited income tax liability in Germany. This means that they must declare thw world-wide income to the German fiscal authorities. It does not matter whether this is taxable in Germany or not and conforms to e.g. the corresponding double-taxation agreements. Although the income abroad has already been taxed or has been subject to tax deduction at source, the income must be declared in Germany. We will remind not to forget your foreign income. If you have overlooked it in the past, we can assist you in filing a self-disclosure, in order to avert major damage.

Please note that it is not prohibited to maintain accounts and security accounts abroad. In fact, it is profitable at times e.g. in the case of large assets, to achieve a wider distribution and general reduction of risk. Futhermore, the tax deducted at source may be lower than the German flat rate tax on capital income and profit on interest can be earned. The only  important thing is to declare the income from foreign accounts and deposits in the German tax return. If this is not done, it can lead to criminal proceedings for tax fraud and other tax offenses. In that case, not only the whole amount of evaded taxes must be paid later, but also 0.5% interest/month on the evaded taxes and possible penalties. In the worst case, you may also face prison time (see also the case of Uli Hoeness, President of the football club FC Bayern Muenchen).  Someone who has not yet declared the income abroad, should check whether the risk is really worth it.

The risk of being caught is very high in the age of international information exchange between tax authorities across the world, very extensive reporting obligations of banks, purchase of CDs with information on tax evaders from former bank employees by fiscal authorities, and searches by the customs authority. We know from our experience that the risk was most often not worth the effort. The tax saving effect is often nullified by high administration and travel expenses costs for investment amounts below 1 million €. What’s more, many countries have gradually introduced tax deducted at source, which is at times higher than the flat rate tax in Germany. The German flat tax currently amounts to 26.38% (25% income tax and 5.5% solidarity surcharge on the income tax). For example, Switzerland imposes a tax deducted at source or withholding tax amounting to 35% on dividends of Swiss public limited companies.  If this income is not declared in the German tax return, even a partial refund of the tax deducted at source cannot be claimed. In this case, the taxation in Germany would have been clearly cheaper and would have made your life easier.

German income tax returns for foreigners with German income.
What do you have to pay? We’ll advise you.
Call us at: +49 69-25622760
Mail us at: info@benefitax.de 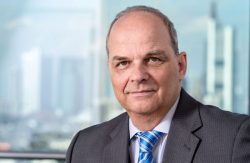