These days, newspapers and other media very often covered news about black money accounts or letter-box companies in foreign countries, Panama Papers, tax CDs, etc. It is crystal clear by now: Tax evasion is not a trivial offense. Honesty is the best policy, and not only does the honest person sleep well but he also pays the lowest price. Even if tax evasion has occurred, imprisonment or high fines can be often prevented. We advise and support you for self-disclosure or subsequent adjustment of income.

Tax evasion: nothing can be hidden

More and more holders of hidden foreign accounts – in Panama, Switzerland, Luxembourg, Liechtenstein, etc. – receive a notice letter from their bank these days. The letter requests that the accounts are closed and to name a another bank account onto which the balance would be transferred. Cash withdrawals from the account are no longer permitted. Account holders are asked to approve of automatic tax-related data transfer from the bank to the tax authorities in the account holder’s homeland. Now, good advice is not expensive, but definitely beneficial for you. If the tax authorities learn about the black money, penal proceedings for tax evasion become imminent.
In order to avoid high penalties or even imprisonment, filing for self-disclosure might be a good idea. A formal, correct, and complete self-disclosure must be submitted before the tax evasion is discovered by the authorities, because otherwise the self-disclosure has no effect at all. Mistakes can also quickly invalidate the self-disclosure. In order to avoid mistakes, it is important to get professional advice. Only a few certified tax advisors or lawyers are well-versed in this topic. If something is overlooked by the advisor, and if any prerequisite conditions for the self-disclosure are not fulfilled, the damage is done. Football manager Hoeness is a blaring example of an incomplete disclosure as a result of which he was sentenced to prison for 3 1/2 years.

As certified tax advisors, we would not even want to ask the question whether black money is worth the trouble or effort. Why there is a large risk of discovering black money you can find out here. Apart from all the judicial and moral questions: In the long run, only what is allowed, is definitely worth your while.

From our experience, a tax evader virtually heads towards being detected and convicted due to black money. As a tax deducted at source has been introduced on investment income in many countries since 2005 and gradually increased up to 35% (e.g. Switzerland), it is generally higher than the tax, which would have to be paid by the taxpayers, if they would have disclosed the income  in their income tax return. Since the introduction of a flat rate tax on capital investment income, the German tax rate on capital income is 26.4% maximum, less if your personal income tax rate is lower. Currently, it seems very unlikely that a general amnesty will be granted to tax evaders. Bank charges for deposit management, account maintenance, safekeeping, etc. are often much higher with foreign banks than in Germany. Such bank charges mostly consume the tax advantage for investments below €1 m. The costs for travel and stay in foreign countries while visiting foreign banks have to be added to this. There is great fear – and rightly so – if one carries bank documents or more than €10,000 cash when crossing the border without having declared the money with customs first. These days, the risk of attracting attention is great, as German tax authorities take photos of people entering banks in foreign countries, and note down license plates of German cars makings trips to foreign banks.

You can read about the consequences of being convicted of tax evasion and when such offences expire in separate articles.

A tax fraud investigation is just around the corner – what should I do?

We have developed an “emergency plan for tax fraud investigation” for this purpose, which we gladly send you by e-mail. We always recommend tax-compliance to you and all our clients. 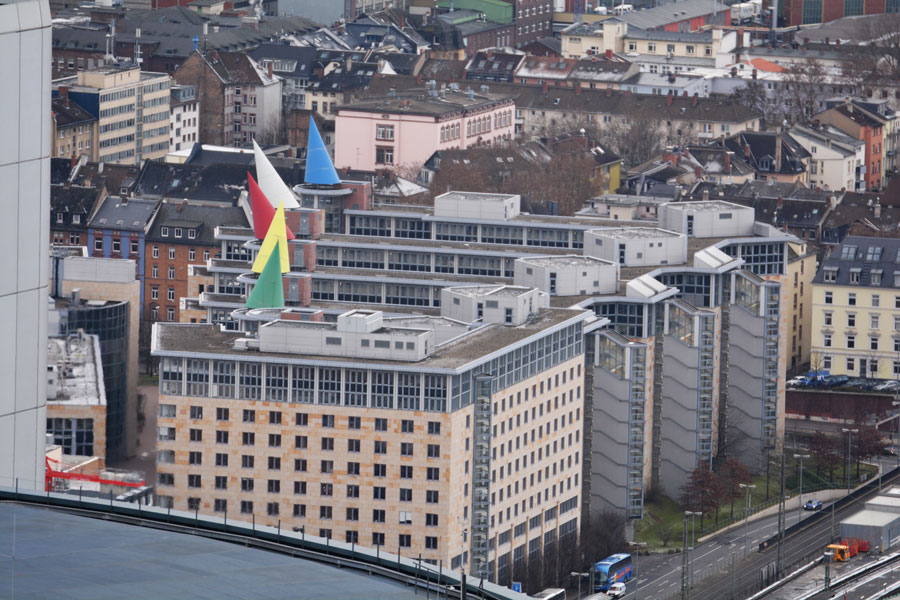 Self-disclosure before the tax authorities (here in Frankfurt): the way out in case of black money

Why should I opt for self-disclosure in case of tax evasion?

In case of a self-disclosure, under specific prerequisite conditions, prosecution for an offense can be avoided. The prerequisite conditions require that all income is completely and correctly declared before the offense is detected by the tax authorities – and the evaded taxes , including a surcharge, is paid within short term.

The amount of surcharge depends on the amount of tax evaded. The surcharge is 10% on tax evasion of up to €100,000, 15% on tax evasion between €100,000 and one million € and 20% on tax evasion above one million €. If a tax evader follows the procedure correctly and pays the taxes, interests and surcharges on time, he is spared from further prosecution with high fines or even imprisonment. A self-disclosure should only be done with professional help, otherwise, there is always a risk that mistakes are made and prosecution for the crime is still possible.

If you want to know how a self-disclosure works, click here. You can read here what changes came into effect since 2015.

Why should I assign Benefitax GmbH with self-disclosure?

We have many years of experiences in discrete consultation on self-disclosures. Obviously, we cannot provide you with a reference list since the anonymity of the concerned persons is a top priority for us. We have the required staff and technical capacities, in order to quickly evaluate the tax-related data for all respective years even if the self-disclosure is for 20 years. We protect your interests and are there for you when the tax authorities run riot (enter your home without a search warrant, false promises of the tax investigator, which are later broken).

We have the necessary professional knowledge and regularly participate in training events on this topic (e.g. IWW Kongress Praxis Steuerstrafrecht [IWW Congress Practice of Criminal Code for Offenses], IDW Vortrag „Der Steuerberater im Steuerstrafverfahren- Optimale Vorsorge [IDW lecture “The certified tax advisor in criminal prosecution of a tax offense- optimum foresight as well as client defense”], current Advisory Knowledge on Criminal Code for Tax Offenses of the Steuerakademie (taxation institute) dated 30.4.2015). We also conduct lectures on this topic (“Voluntary Disclosure of Tax Evasion” in May 2014 in New Orleans and in March 2014 in Milan, “Obligation to disclose and Administrative Assistance for Tax-related Cross-border Matters” in January 2014 in Frankfurt, guest lecture at luncheon of American German Business Club (AGBC) Frankfurt on the international impacts of US measures on combating tax evasion in May 2012 and in November 2014 in Munich and Frankfurt).

Publications: We have prepared an overview on TIEAs (Tax Information Exchange Agreements) and the FATCA agreement for the “International Tax and Business Guide 2014”. In October 2013, our press release “Coalition negotiations aggravate the already difficult situation of the tax evaders” in SIS publishers. In kmu-life · 02/2012, a report about our investigation on the US war against tax evasion in Germany was published. Our article in StB Web on “Disadvantages of having Black Money in foreign countries”, on tax compliance, was published in 2011.

To know more, read this report from SPIEGEL ONLINE.