Tax consulting and accounting in the financial center of Europe

– the most important business center in Germany

Frankfurt am Main is one of the most desirable locations in Europe for business. A crucial factor for this is its role as financial center, trade fair center, and economic megalopolis. Embedded in the FrankfurtRhineMain metropolitan region, Frankfurt is the driving force behind one of Europe’s strongest economic regions with 5.7 million people who generate more than 200 billion euros in economic output each year. The diversity of industrial, trade, and service providers that have settled here in large numbers is impressive. In addition to internationally-managed companies, medium sized and small companies from all business sectors have discovered that Frankfurt offers the best local conditions. It is easy to make business connections in this city. The concentration of trendsetting companies provides a solid base for research and development. Because of the large and diverse service sector here in Frankfurt am Main, companies can easily find the service providers they require for their undertakings. Benefitax GmbH is your partner for tax consultancy, accounting, and management consulting in Frankfurt am Main. 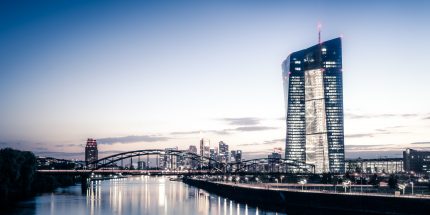 Our banking hub is one of the world’s major financial centers and Germany’s most important financial location. The distinctive skyline of the city is defined by the skyscrapers of the financial district, affectionately called Main-hattan by locals. Major financial institutions, including the European Central Bank, the German Central Bank, and the Stock Exchange, are all in Frankfurt. There are also approximately 250  national and international credit institution corporate head offices or branches in this vibrant city. Regulatory authorities such as BaFin [German Federal Agency for Financial Services Supervision] and EIOPA [European Insurance and Occupational Pensions Authority] also have their head offices here. In our view, this dense concentration of financial institutions makes Frankfurt the most desirable location for us as tax consultants. 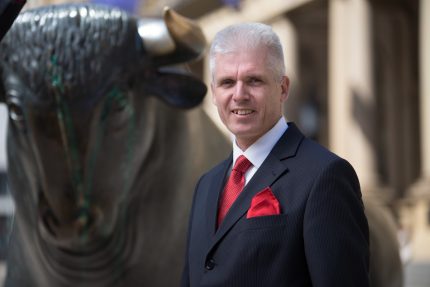 Another significant advantage of Frankfurt for many companies, and perhaps for you in the near future, is the Frankfurt Trade Fair Center. Approximately 50 tradeshows and events are held here annually, including the Frankfurt Book Fair, the International Automobile Fair, and the “Ambiente” International Consumer Goods Fair. With ten halls and a total of 578,000 square meters [6,221,540 square feet] of exhibition space, Frankfurt’s is one of the largest fairgrounds in the world. It not only offers space for exhibitions and presentations, but also for conventions, international conferences, and other business events. Companies can organize shows here making use of our comprehensive service offerings. The regional hotel, restaurant, and service industries as well as the retail sector also benefit from the large number of visitors to our city. As accountant and tax consultants, we see Frankfurt as a global trade center, in which numerous trade and service companies rely on our advice.

When it comes to traffic connections, Frankfurt am Main’s location in the heart of Germany offers ideal conditions for numerous transport and logistics enterprises. Frankfurt Airport is one of the largest in the world, and Frankfurt is also a major railway hub. Five major highways and three motorway interchanges close to the center of the city provide first-class connections to the most important German and European traffic routes. Even water transport is no problem, as the city is located directly on the inland waterway network between the Dutch sector of the North Sea and the Black Sea. The local Rhine-Main region public transport network is outstanding and provides speedy connections. Our office is located in the most rapidly changing part of Frankfurt: in the Ostend, or more precisely in Hanauer Landstrasse near the European Central Bank. A detailed map of how to get to our office can be found under the link Directions.

Management consulting in Frankfurt – home to many nations

In economic terms, Frankfurt is a world city. People from approximately 180 countries have made it their home. Frankfurt’s significance as a financial, trade fair, and business center contributes to this, but so do Goethe University, the House of Finance, and many other educational institutions. Many highly-qualified students start their professional careers here in Frankfurt’s banking hub. Many global enterprises have head or branch offices here, and many consulates and foreign business delegations are located here as well. This setting naturally supports our world-wide business contacts. This can help companies open new markets in Germany. As tax consultants and chartered accountants in Frankfurt, we will gladly assist you in this challenge. We have years of experience serving international clients and are confident in our ability to assist you as well.

Frankfurt provides ideal conditions for multicultural coexistence. International schools, numerous leisure activities and low air pollution provide optimal living conditions. The wide range of cultural activities, the local and international restaurant scene, and the hotels centrally located in the core of the city are cherished by both visitors and local residents. Frankfurt’s population increases every year and the housing available in the Rhine-Main region or in the surrounding green belt ensure that this upward trend can be maintained over the long-term. Our Green City satisfies the expectations of all cultures!

We serve clients from numerous industries and countries in Frankfurt. We specialize in mid-size companies, but also advise affiliates of larger enterprises. Please take advantage of our tax consulting and accounting services in Frankfurt and send us your questions today!

We are there for you. Reach us in Frankfurt in person, on phone or by e-mail – as your contact partner when dealing with authorities, for the foundation of a company, or whenever you need us.
Call us at: +49 69-25622760
Mail us at: info@benefitax.de